YOUR MUSIC. YOUR FEST.

We are just over 2 weeks away from the inaugural Black Dirt Music Festival and we couldn't be any more excited! Blown away by all of the sponsors getting behind this epic event. From the beginning when we first starting talking about putting this together, we wanted it to be a point of pride for this community. Something folks could take ownership of and look forward to every summer. So far, so good!

Here's the skinny, if artists are influenced by their surroundings, and our entire festival line up comes from Bloomington, IL, I think it's safe to say that YOU are a part of this music AND this FESTIVAL. This is our moment. We've always wanted our very own festival here in the heart of the heartland, and now we've got it.

So I call on you to take ownership of this MUSIC & FESTIVAL. Rally around it. Tell your friends. Tell your friends friends. Hell, host relatives from outta town. Make it a thing. Let's show people how we do it here in Bloomington, IL.

This is the first Black Dirt Music Festival, let's kick it off with a bang!

Rock & Roll.
EDA
Posted by Black Dirt Music at 8:38 AM No comments:

Habitat For Humanity of McLean County 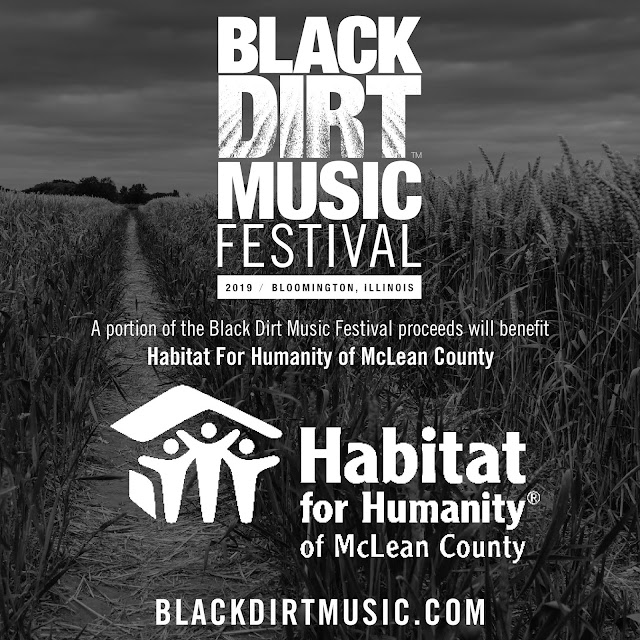 Happy to share that a portion of the Black Dirt Music Festival proceeds will benefit Habitat For Humanity of McLean County. We believe in what they are doing and are excited to have the opportunity to give back to this community!
Posted by Black Dirt Music at 9:22 AM No comments:

We are in full festival prep mode folks. Super pumped to have announced not only the inaugural event, but the RETURN OF BACKYARD TIRE FIRE!!!

Shortly before we decided to approach the Castle with this idea, I just so happened to have dug back into songs I had written many moons ago while making my first spotify playlist (yep). When I started my solo thing, I sorta left the BTF material behind and began to build a new catalogue of tunes, not really looking back. Well, after hearing old stuff mixed in with new stuff on that playlist, I got the hankering to play the old stuff again.

So as the festival concept developed into a reality and we began to assemble the line up, it felt like the right time and place to bring the songs and the band back. Can't get much more Black Dirt than Backyard Tire Fire. I've put together an initial list of tunes and am whittling things down. Can't wait to close out this stellar day of music!

Chicago Farmer is bringing local rockers Wildermore to back him up for what is sure to be an epic FULL BAND SET. I love Farmer fronting a band. This'll be tight and rowdy. Hometown outdoor Farmer full band show?!?! Yes, please.

I had the pleasure of sharing a bill with Matthew Curry last year at the BCPA and we got to jam together and it was straight up sickness. He's one of the nastiest guitar players I know. And he can sing and write too. He has an old soul for a young man and his band delivers. Absolutely love what he adds to this festival.

Excited to bring out BLACK DIRT REVIVAL to play some of my new stuff!!! Love playing these tunes with these folks. We'll hit right after my good pal JOHN TILL kicks things off at 5PM with his one man soul country blues show. He brings it so ya don't wanna miss it!

Spread the word & we'll see ya there!

EDA
Posted by Black Dirt Music at 11:57 AM No comments: 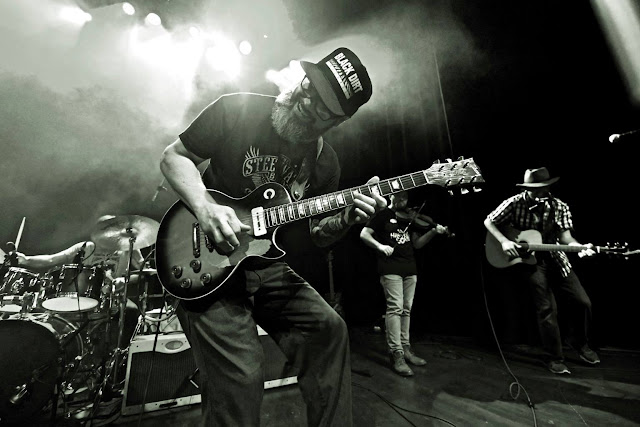 We'll be updating this blog with ramblings on a semi-regular basis. On this first entry I want to fill you in on how all of this came to be…

So I've been fortunate enough to play music across the US and beyond and have come to know and love different regions for different sounds. For example, when we lived in rural western NC, we could almost hear that old time banjo and fiddle music as we rolled through those hills. And then down in Athens, GA there was more of a big guitars rock & roll feel. In TX I just expect to hear exceptional songwriting and prodigious guitar playing. California sorta has this loose, free sound that makes you feel like you're sitting in the sun. And then when you hear Velvet Underground it reeks of some back alley in NYC.

I've always been told that your personality comes through in your playing. You play how you are. Our environment surely plays a role in who we are and what we become. So I think it's fair to say that over time regions can develop distinct sounds and characteristics unique to the area. As we refined the idea of Black Dirt Records, we started talking about a "Midwestern sound" and thinking bigger picture.

When I hear John Prine sing songs and tell stories, it reminds me of my childhood. I was born about 5 miles from where he grew up. My grandpa worked with his dad at the American Can Co. in Maywood, IL, no shit. His songs are about stuff we can relate to. He's a regular guy capable of extraordinary insight, and, in my humble opinion is a shining example of Black Dirt Music. Same thing with Chicago Farmer. Or Uncle Tupelo.

It's not necessarily a genre or sound as much as it is a state of mind. It's about simplicity and honesty and writing from the heart, out of necessity, not for accolades. It's about working hard and persevering.

Once we solidified the label and the concept of BDM, we reached out to our friends at the Castle Theatre with the idea of putting on an annual outdoor roots music fest in downtown Bloomington, and Black Dirt Music Festival was born.

Can't wait to watch this thing grow (pun intended) in the coming years. We'd like for this to be a point of pride in Bloomington. Something that brings the community together each summer in celebration of music & family & friends! 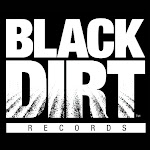